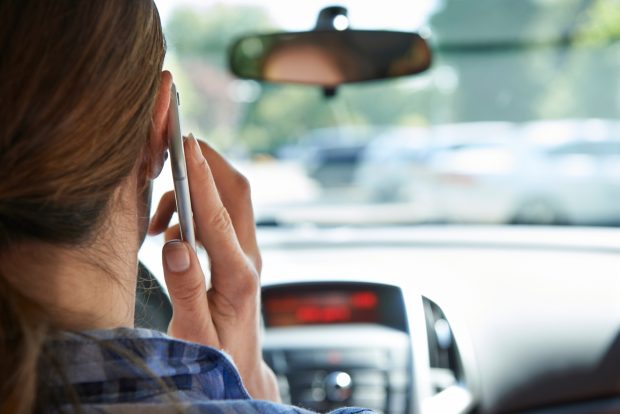 Some car accidents result from reckless or dangerous driving such as speeding, swerving, and tailgating. An increasing number of accidents stem from sheer carelessness, especially from drivers who are distracted. If you have been injured by a distracted driver, you should speak with a car accident lawyer in Northwest Indiana right away.

Almost anything can become a distraction that causes a driver to take his or her eyes off the road. All it takes is a split second and a driver can quickly crash into another vehicle or object.

Furthermore, drivers can become distracted even when stopped at a red light. As a result, they might fail to note that a pedestrian has entered the crosswalk late or that a vehicle is waiting in the intersection to make a left-hand turn. When the light turns green, the driver can plow into a pedestrian or another vehicle, all because they were too distracted to notice them.

Unfortunately, these numbers only seem to be rising. Distracted driving deaths were about 15% higher in 2015 than in 2010, and there is no evidence that the number is decreasing.

If a distracted driver collides with you, you might be able to bring a lawsuit for negligence. However, you will need to show that the driver caused the collision because of their carelessness. Gathering sufficient evidence can be tricky, especially since at-fault drivers are not in the habit of admitting they were talking on the phone or looking in their glove compartment when the accident happened.

However, an experienced car accident lawyer knows how to uncover evidence by doing the following:

Injured in a Car Crash?

Speak with an Indiana Auto Accident Lawyer Today. Injured motorists need compensation to cover medical bills and replace lost wages. At Tanzillo, Stassin & Babcock, we have fought for countless motorists to get them the compensation they deserve. To start the process, please schedule a free consultation with one of our knowledgable attorneys today. Indiana does not give injured motorists an unlimited amount of time to seek compensation, so do not delay.

Divorce can be a brutal process and emotions run high. Often times one can find themselves willing to battle over everything just to battle or not give in. This can lead to a long divorce process and high legal fees. At the start of the divorce process, I want to a battle on every item. However, Larry did an excellent job on keeping..

Attorney Advertising. This information is designed for general information only. The information presented should not be construed to be formal legal advice nor the formation of a lawyer/client relationship. Past results and testimonials are not a guarantee, warranty, or prediction of the outcome of your case, and should not be construed as such. Past results cannot guarantee future performance. Any result in a single case is not meant to create an expectation of similar results in future matters because each case involves many different factors, therefore, results will differ on a case-by-case basis. By providing certain contact information herein, you are expressly authorizing the recipient of this message to contact you via the methods of communication provided.